Our Racing Team is divided into two groups, the “Opti Green Team” and “Opti Race Team.” Our Optimist racers are from 9-15 years old and enjoy improving their racing skills around the SF Bay Area and along the west coast. The Opti Green team is for sailors with less than a year sailing in Optimists, but who understand the basics of sailing and need an introduction to racing skills. The Opti Race team is for sailors who have experience racing Optimists around the Bay and are looking to refine racing skills. Register now!

What is an Optimist?

What will be taught in the Learn to Sail classes?

What kind of Optimist racing can I do?

What are the age groups for each fleet? 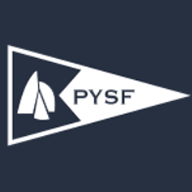